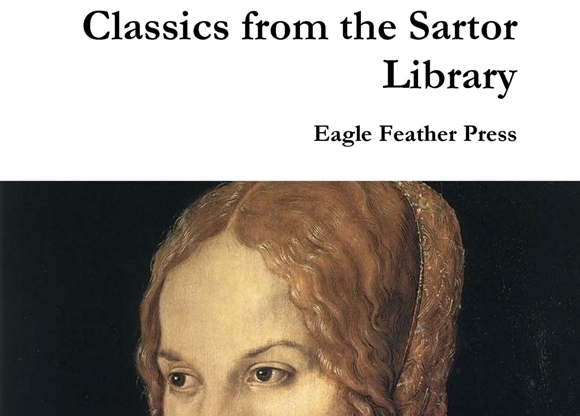 “Safety and peace brother. Here in you will find a tale from the history of our order. We have translated the text from its original languages but used the same type of encryption, the type which bears the name of the assassin who first wrote it: Leon Battista Alberti. Look to the illustrations for the wheels index letter.

Year of our Lord Sixteen Hundred and Sixty Six

This story I relate to thee as London dies around me. The plague will take me soon enough but I have taken precautions so that these books — all that remains of the personal library of the great mentor Ezio Auditore of Florence — will survive to the benefit of our great order. Pass they shall from the hands of one librarian into the ready hands of the next as they have these many years.

Some will say I have defiled the books, marking the letters which make my coded message. Yet Polo did much the same. The histories of our order must survive and I alone know the tale I will tell thee. I would pass it on by speech but this filthy plague has claimed my fellows. This abbreviated text will survive in code alone.

Here begins my transcription of the history of the capable Assassin Leon Alberti:

My first memory is of fear. We fled Genoa when my mother died of the plague. I spent our flight with a thin cloth over my face to protect me from the illness of my native city. Fear of the invisible came to define my life.

I was schooled in law but detested it. Man-made rules. Such foolishness. I preferred the ineffable laws of mathematics and studied them as a hobby.

When not struggling with my texts I enjoyed the company of my uncle. He respected the life of the mind but preferred feats of strength to those of the pen. He taught me to jump higher than a man.

When father died my uncle adopted me. I learned that he was a man of secrets. He kept strange company and often returned late at night bloodied and grime.

My uncle sent me on an errand once. He gave me a message in a simple code to deliver to a friend in Padua. He told me it contained a time and location for a meeting and it was important I attend to the task in a timely manner. I set out that night promising to reach my destination by dawn.

Along the way I was set upon by a man wearing mail and a surcoat with a red cross. He bludgeoned me with a mace before I could speak. When I awoke the message was gone.

My uncle disappeared after that. Surely his enemies had broken the code and surprised him at his rendezvous. After that I became diligent in my study of mathematics, finding succor in the practical. A friend introduced me to architecture and aided me in finding employment with the church. Over the years I gained some little respect due to my knowledge and writings and after some time I began to receive requests for my designs.

One man in particular wanted my expertise — a handsome fellow of the name Riari who smiled while he spoke even as he threatened me. He wanted me to rig a secret trap in a building I was designing. He said if I did not take his job he could see me lose my position with a word. He said he could have me imprisoned.

I refused him nonetheless, afraid that my superiors would hang me if they learned of the treachery. Riario stormed out of my room, his short cape fluttering behind him. It bore a red cross.

Sometime after another unusual person came to enlist my services. She wore a red sash over a white travelling cloak and kept her face hooded. I was working on the facade of Santa Maria Novella at the time and this mysterious woman asked me to add something stranger. She wanted a secret door which would lead to the catacombs below the building.

For payment she offered not money but membership in a clandestine organization, one which she promised held the same ideals as I. “Leon, we can help you”, she said. “Help you to fight instead of cowering in fear.”

With that she took a pen from my table and drew a cross in red ink on a scrap of paper. I agreed.

Over the coming years I learned of the Assassins and became trained in some of their arts. I found the basics of their tutelage to be identical to that of my uncle. He had been preparing me for this even as a boy.

When my work on Santa Maria Novella was finished Riario came to my offices once more, this time accompanied by four men. All were armed. Riario grinned at my surprise and said he would kill me if I did not reveal what the Assassins had hidden in the church.

But I did not fear him or his thugs. I no longer feared anything.

I dispatched Riario with a thrown knife and cast a smoke-making bomb to distract the others as I leapt from the window to the street below.

Concealment and speed. Those were the talents which would bring victory to the order.

I am no great fighter but I contribute to our cause as I can. Knowing as I now do that my dear uncle was a brother and was done in by an overly simple cipher I have invented a new method of encryption, much stronger than has previously been known. The Templar fiends use brute force and intimidation to reach their ends, neither of which can break my new code. I designed it to be rapidly deciphered but only by one in possession of the correct wheel.

I hope my story can serve as a lesson to others. The Templars would use fear to control. Do not let it control you.

May Albert’s story serve to remind us that it is not only by the sword that we shall defeat the Templars. We have need of the wise as well as the strong.

Disease will break me but the knowledge in these books both plain and hidden shall survive as immortal as the ideals we serve.

Rien n’est vrai, tout est permi (Nothing is true, everything is permitted)